Thursday, Oct. 18, the Massachusetts Horticultural Society (MHS) hosted their 118th Honorary Medals Dinner at Wellesley, MA, continuing a tradition of awarding medals to individuals and organizations for their contributions to excellence in horticulture for the public good. 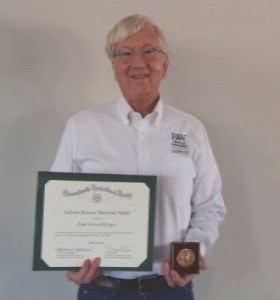 Founded in 1829, the MHS is America’s oldest organized horticultural society. Since the Society began, it has been a forum for introducing new plants and flowers into the USA.

Seven awards were presented in the areas of horticultural skill, propagation, garden writing, leadership, and education, as well as the George Robert White Medal of Honor, which was awarded to Margaret Roach for her accomplishments as a garden communicator.

Dale Deppe, owner of Spring Meadow Nursery, was presented the Jackson Dawson Memorial Award. This award is given for exceptional skill in the science or practice of hybridization or propagation of hardy, woody plants.

Of the award, Deppe commented, “It is an honor to receive this medal, which was created in memory of the great Jackson Dawson. He was the first plant propagator of the Arnold Arboretum and left quite a legacy for the woody ornamental world.” Indeed, Jackson Thornton Dawson raised 450,718 plants during his 43 years as propagator and superintendent of the Arnold Arboretum of Harvard University. Honored posthumously by the MHS in 1927 with the creation of the Dawson Memorial Medal, Deppe would receive the honor a little over 90 years later, becoming its 81st recipient. 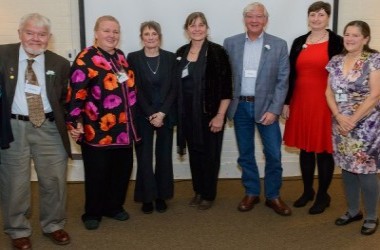 Dale Deppe has committed his 47-year career to plant propagation and serving the nursery industry. He founded Spring Meadow Nursery in 1981 and it has grown from a small propagation nursery to one of the largest providers of proprietary plant materials in North America.

Under Deppe’s guidance, Spring Meadow has thrived on the concept that everyone should have access to, and be able to profit from, superior new plants. Spring Meadow now has over 450 varieties in their catalog, with more than 280 marketed under the Proven Winners® ColorChoice® line.

Spring Meadow introductions include Hydrangea paniculata 'Limelight' which has become the standard by which other H. paniculata selections are judged. Other hydrangeas introductions include Incrediball® Hydrangea arborescens, an improved ‘Annabelle’ with stronger stems and larger blooms, and Invincibelle® Spirit II, the first H. arborescens with pink blooms, which has led the charge in raising over $1,000,000 in donations for breast cancer research since its 2009 introduction.