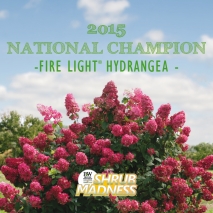 Shrub Madness unveiled an all-new user-friendly website this year, allowing consumers to fill out their bracket predictions online and the ability to vote online. It was a huge success! We received an outpouring of comments on Facebook. Be sure to join us next year for Shrub Madness and please join the Shrubs Center cast throughout the year for continuous coverage.