It’s lucky seven for the world’s only plant bracket competition, Shrub Madness. Each year this thrilling contest pits shrub-against-shrub in a fierce single-elimination tournament where 64 Proven Winners® ColorChoice® shrubs will compete in a no-holds-barred battle for the chance to be crowned National Champion.

Spanning March 2-31, a selection of proud and determined shrubs will move through six rounds of competition. Winners of each shrub matchup are chosen by popular vote via the user-friendly website, www.ShrubMadness.com, where participants can watch informative and inspirational videos, fill out their bracket predictions online, and root for their favorites.

Exciting flowering shrub varieties will enter the fray this season, including some brand new varieties like, Illuminati Tower™ mock orange, Waxwing™ Gold mirror bush and Flying Machine® Forsythia. Will one of these plants take it this year? Will No. 15 seeded, Golden Ticket® privet pull an upset and send No. 2 seed Scentara Pura® lilac packing in the first round? Being a non-invasive variety, Golden Ticket® privet is normally a live-and-let-live kind of shrub, but it may decide to put up a fight when the newcomer lilac flounces in on a waft of fragrance to challenge its place on the roster.

One big surprise voters will find this year is the lack of hydrangeas in the brackets. When asked why these heavy-hitters were removed from the lineup, Tim Wood, new product development manager commented: “Everyone loves the hydrangeas, of course – maybe too much, since they’ve won almost every Shrub Madness. So we wanted to see what happened this year if they didn’t compete.”

This year the Shrub Madness team is also introducing a few more new twists, like the Feb. 10-15 Instagram Wild Card round where participants can choose a bracket variety via Instagram Stories vote. Also included in this year’s action is “Shrub Madness-Libs”. Staff favorites will be read on Facebook Live starting Feb. 27. Go to ShrubMadness.com/Madness for more info.

Shrub Madness runs in prediction mode from Feb. 17 through Feb. 27 when players have the opportunity to create an account and fill out a prediction bracket. However, there’s no requirement to play in prediction mode to vote or to win prizes. During the month of March, participants who simply want to register and follow along with the fun will be awarded samples of top-scoring plants via random drawings.

Those who have filled out prediction brackets are eligible for the month-long plant drawings, plus, at the end of Shrub Madness, four bracket voters will be randomly selected to win a collection of the last four plants standing, known as the Floral Four. Also, the player with the bracket prediction closest to the final results will win a grand prize pack, the coveted Floral Four and Plant Geek Swag Bag.

This year’s tournament has some big shoes to fill. All participation records were smashed last year when almost 288,000 votes were cast by over 6200 registered participants, culminating in a Floral Four that included the tenacious Pugster Blue® butterfly bush, brash and beautiful Let’s Dance® Rhythmic Blue® bigleaf hydrangea, stunning Suñorita® rose and 2019 reigning National Champion, the infallible Tuff Stuff Ah-Ha® mountain hydrangea. Will this year’s participation surpass those numbers? It’s all up to the voting public.

To cast votes during the plant matchups, and to be eligible for end-of-round random prize drawings, players can register for an account on the Shrub Madness website now, and any time until the last round of the competition. A new account must be created each year to be eligible for prizes. Join the Madness; who knows who will reign supreme and go home with a coveted Floral Four prize pack and this year’s grand prize? 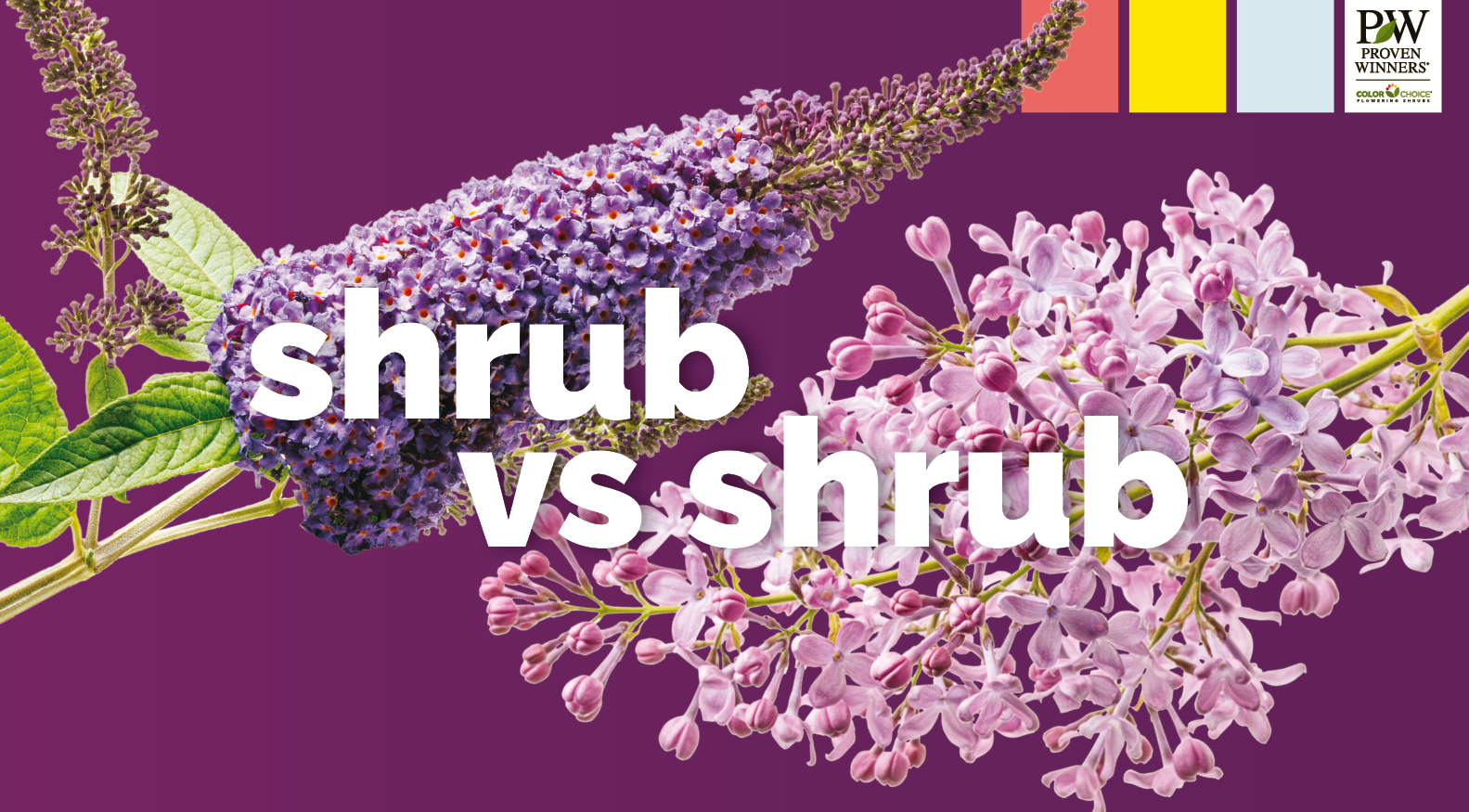